Jigginstown Manor, in the townland of Jigginstown and the Barony of North Naas, dates back in some form to a mid 17th century occupation. Originally on land holdings owned by Thomas Wenthworth, Lord Lieutenant of Ireland, who put great effort and money into the construction of the nearby, unfinished palatial, Jigginstown Castle. The lands subsequently passed to the Fitzwilliam family, who also owned upwards of 94,000 acres of land in County Wicklow. Later they transferred to a Montgomery family. The Montgomery name may be a link with a Scottish Presbyterian family that came southwards to the Naas area after unsettled Ulster Plantation experiences, around the end of the 17th century. That Mongomery subsequently constructed a farm house, now known as The Knocks, about one mile away on the west side of Naas.

The earliest building on this site was most likely constructed during the mid 18th century. Later it expanded and modified to a solid, washed and quarried limestone set of buildings, with its own spring well within the curtilage. Its layout and construction, tends to identify it as a fortified farm house in keeping with the unsettled times at the end of the 18th century. It provided a dwelling and a semi-courtyard, surrounded by natural slate-roofed stables, byres and outhouses, with loft areas for fodder and storage.

Members of the Brophy family have lived in Jigginstown House since the early 19th century (1827) and were resident family for nearly 200 years, until the end of the 20th century. The two story family home was modified by them shortly afterwards in early 19th century, adding elements of interior Georgian elegance, providing Adam styled fireplaces and surrounds, breakfast and drawing rooms, paved courtyard and tennis court. A noted dignitary to have enjoyed occasional hospitality in Jigginstown House, whilst journeying his way during the first half of the 19th century, from his home in the south of Ireland to Dublin and London, was ‘The Liberator’, Daniel O’Connell, who died in 1847. 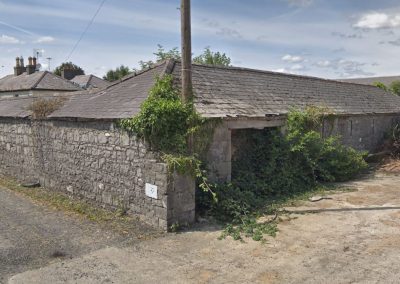 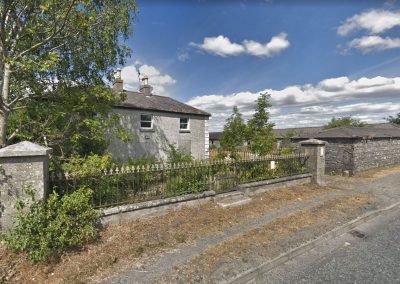 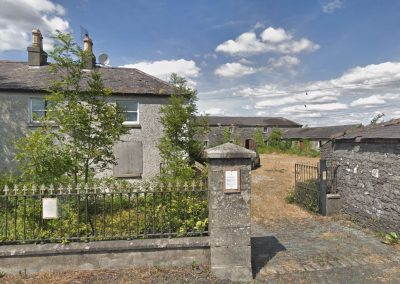 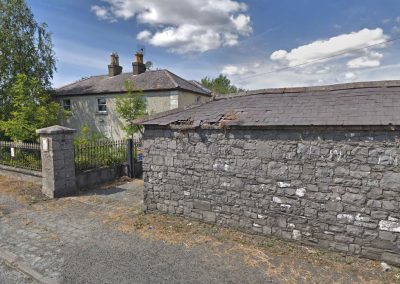